I was covering a 31 day music festival in Duncan, B.C. on Vancouver Island. I was into my 20th day and had become quite a fixture among the community. I was taking a breather under a tree scanning images on my camera when I was approached by a member of the Cowichan Tribes who was dressed in traditional garb. He invited me to attend and take pictures of the  Khowutzun Warmland Inter-Tribal Powwow. Being Native myself, but  far removed from the Culture, I was very excited and honored, to say the least! It was a day of dance, bannock and story-telling I was happy to participate in. The only part of the gathering that is not open to photography is the ‘feather drop’.

Aboriginal Tourism has become the thing to do when you travel to Canada, particularly in B.C. If you make it to Duncan, be sure to stop by the Quw’utsun’ Cultural Center as well. I did some photography work  at the Center and one image was used for a local documentary, “The Thunderbird & the Killer Whale”  by Vesica Films Production.

The Cultural Center has beautiful grounds to wander around, some spectacular carvings and totem poles, old dug-out canoes and the River Walk Cafe that serves up some traditional food. You may want to sample the salmon it is excellent. The property borders the river and it isn’t uncommon to see tribe members fishing. 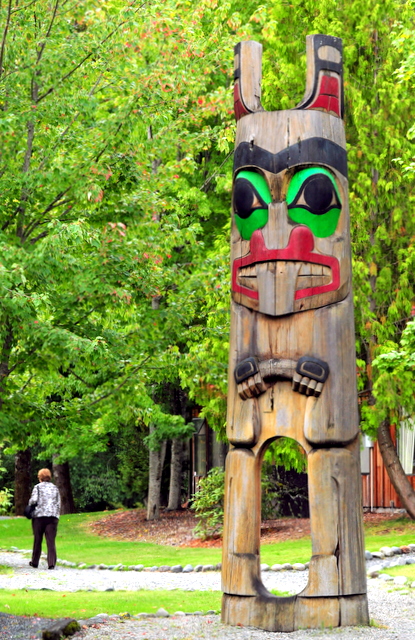 There is a lot to see here so bring your camera! 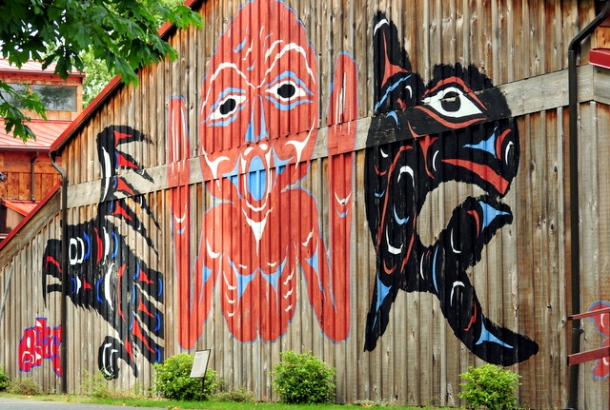