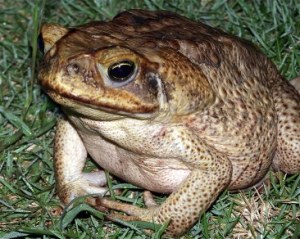 Vision blurred from sweat, muscles aching, lungs about ready to burst I prayed for an excuse to rest. I was known in Christ Church (Southern Parish in Barbados) as Ms. Fix-it . I’m a good, country raised Canadian girl but the jobs were getting tougher and even more labor intensive. Choppin’ through limestone is a hell of a lot more difficult than diggin’ a fence post hole with a shovel I might add. And to think, it all started with an iron, a lawnmower and a fridge I repaired for my two hosts.

The old women had worked me hard this particular morning. As my fatigued mind was contemplating this difference, it happened. To my absolute horror it happened. My chance to rest.

I had chopped through limestone for hours. Frustratingly so. With an antique pick-ax whose head was insistent on claiming it’s own identity by flying off on every second or third swing.  I was digging holes for posts. Iron rods  and galvanized roofing material actually, to fence a small garden spot that was hidden in a yard surrounded by impenetrable cement walls. The premise of the fence was derived from some sort of loose logic I couldn’t fathom as Barbados is seriously lacking mammals that readily disrupt the growth of flora and veg. A gardener may think this a good thing. But on a larger scale it’s terribly sad.

As I held my breath, ready to direct another tired hit to the stone, I noticed, buried in the rubble, what appeared a bright orange egg. It was larger than a golf ball with thick, amber, translucent threads wrapped around it. I glanced at the old women in query and by time I turned back around the thing sprung into motion and unfurled. It was a giant centipede. The thing was near eight inches in length and two inches across. Beautiful and ugly all at once! Apparently this is how they sleep. Under ground and curled up.  Intrigued, and freaked! I am told their sting feels like acid injected into the veins. I thought that might hurt even worse given serious dehydration so I jumped back from the little orange demon who was choosing which direction to skitter, stubbed my toe on the stupid ax head just as my ears registered a screech.

It didn’t escape my pursed lips and it wasn’t a green monkey. I was familiar with their attention grabbing racket having spent time at the Barbados Primate Research Center. Although it was like the primate’s chirpy-chatter, it was erupting from the quivering lips of the eighty-five year old matriarch of the household. Carmen. My favorite woman. She was a tough nut and never sat still. I swear, some days she could put me to shame. You should have seen her on a ladder.

Her voice was high-pitched by the time I regained my balance. Her bony finger-pointing with a purpose at a family of toads. The Crappo, as they are called by the locals, frogs by myself. The Cane Toad or Bufo marinus. Such as the human population, the IUCN (International Union for Conservation of Nature) has labelled this species as LC (Least Concern). An extant taxon that doesn’t qualify as threatened or near threatened.

I love these toads, they have the most amazing voice. Anthropomorphic I know, “Oh well”. They make incredible baritone sounds that resonate in the heart like a bass. Until someone pours salt or lye on them! Hence, my rest. Well rest in terms of physical labor, my mind however was working overtime!

While all this commotion was taking place, Coral, the sixty-five year old daughter to the matriarch, had run into the house and returned with a  bag of salt and promptly dumped it on the defenseless, scrambling toads. Try as I might to protect them and simply shoo them away, by the time I got my scruples organized and my jaw off the limestone it was too late. The toads, wearing a veil of salt and screeching and writhing like wild hogs in the mud. Tossing their pain riddled bodies into the air and against an old, galvanized shed. Thump, screech, thump! God! No different from when we were kids and used to throw frogs against the barn! But now I am an old softy. Interesting how years later, we learn lessons from past transgressions.

No more baritone, except for my voice as I ask her why she didn’t just squish them to make it quicker and less painful. I still don’t know her reasoning other than she determined her way was less painful and cruel. Normally, they use lye.

White, dehydrated Crappo remains littered across the island I love, to the locals relief and to my dismay. I’ve seen it in Bermuda as well. Crappo’s were introduced in the 1830′s to help eradicate insects from the cane crops. I don’t see the harm in them because they aren’t invading my personal space; only the frustration they create in the tropics.

This article is published at  Travel Origins Magazine

One thought on “BARBADOS: Holy Crappo!”